We finished our drawings in a number of distinct stages. Firstly we chose a couple of parts of the drawing we liked most – and put  masking tape around the parts. Tony then photocopied and enlarged them – there were some great marks. 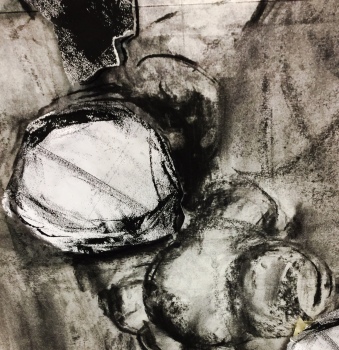 Following that we cut up parts of the photocopy and tried them on different parts of the drawing. My drawing occupies the centre of the paper, other people’s generally were much bigger. I kind of wished I’d gone bigger but it was too late to change on this occasion.

I decided on quite a minimalist intervention, and stuck some small pieces of photocopy down. 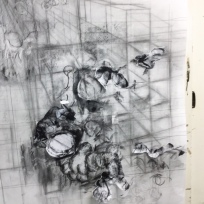 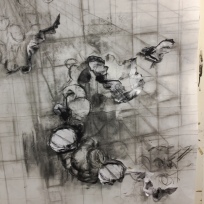 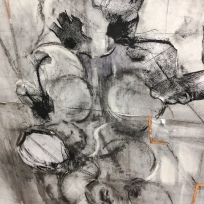 Then we cut up parts of one of our unwanted prints and used them to inject small pieces of colour. I could have gone much further with this but I had a kind of lull where I didn’t know what I was doing which seemed to last for most of the afternoon,  then had an idea of picking out parts of some if the box lines in colour. I would have liked to try a bit more if that but ran out of time,
Tony did a final crit of everyone’s drawings – which was great of him –  at the end of a long day. 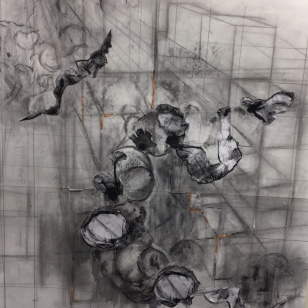 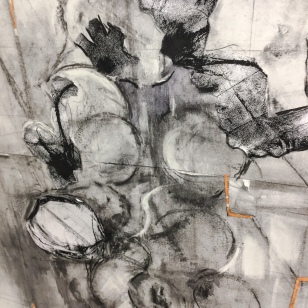 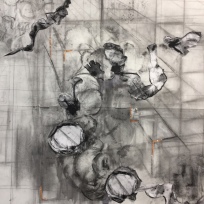 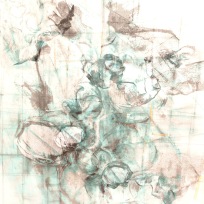 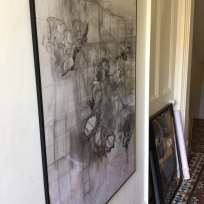 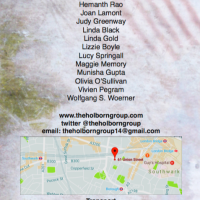 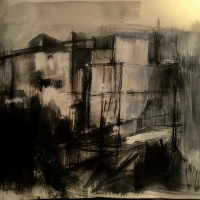 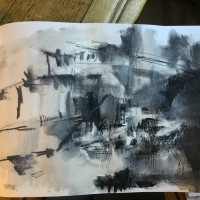 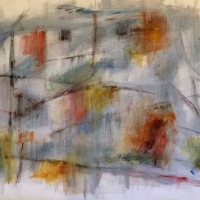 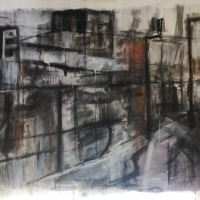 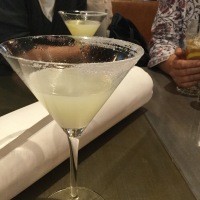 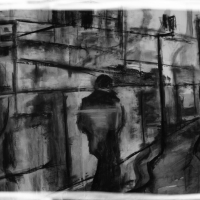